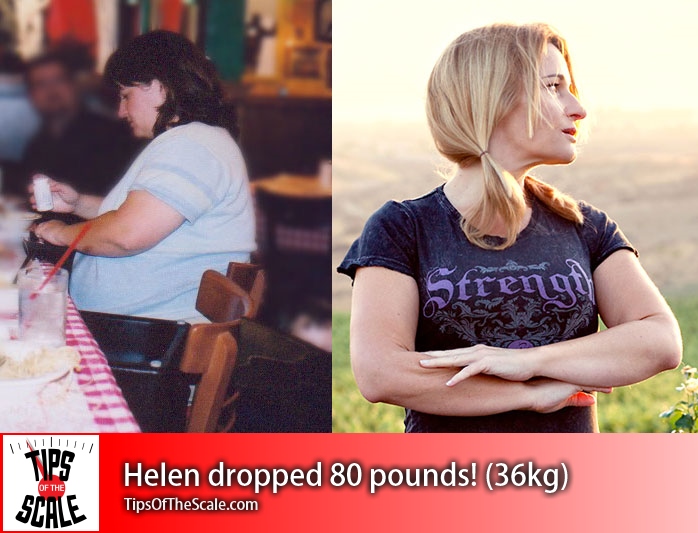 Helen M. Ryan was trapped in an unhappy marriage, buried in stress, and found herself staring into a tub of ice cream with seemingly no way out.

Hear how Helen, a busy business owner and mother, transformed her health and now helps others do the same.

Helen used food as a coping mechanism during her teen years. Because she was young and very active, the weight gain was gradual and easily reversed for short periods, but the poor eating habits had already begun.

Around the age of 17, she moved from Norway to the United States and gained more weight as the yo-yo cycle continued. She describes a period of scarcity when she lived alone and lost weight because she didn’t have money for food.

However, when she moved in with room mates who always kept food in the house, she began “to pile on the pounds little by little year after year.”

The combination of those eating habits, the increasing stress of life and business ownership, and soon thereafter – the birth of her first child – brought Helen to a peak weight of 200 pounds (~91 kg). Helen is 5’0” tall.

How Being Overweight Impacted Helen’s Life

Helen opens up about how her eating was an outward symptom of the stress and depression she was facing in her life.

“I gave up on myself… I was waiting to die. I was waiting for my life to be over because I was so unhappy. I was filling my time with taking care of everybody else and then eating.”

After the birth of her children, Helen grew closer to her father than ever before.

He bonded with his grandchildren and became a bigger part of their lives, which made it all the more painful when he began a fight with cancer.

Helen looked after him during his five-month battle with aggressive lung cancer, and was deeply impacted by his passing.

“Like most people, I kept thinking: tomorrow, tomorrow, tomorrow, or things will get better… then he passed away. At that moment, I realized, I’m mortal. I am going to die someday, it might be sooner than later, and I’m going to die without doing any of the things I wanted to do with my life… His death really made me realize, I have to make a change now or die.”

After mourning her father’s passing, Helen set to work making the lifestyle changes she knew were overdue.

She made gradual changes, and began by increasing fruits and vegetables in her diet.

Her focus was not on losing weight; it was on becoming healthier.

Helen began walking her children to school, a mile each way.

After a month of these changes, Helen clearly felt increased energy and purchased a workout DVD to step up her activity level. She dedicated 20 minutes to exercise every morning before the children awoke.

“Since I was focusing more on my health, I wasn’t in that negative space of trying to lose weight, because that is a lot of pressure… I didn’t force myself to do anything. I started to work these things in as new habits that weren’t a punishment.”

At first, Helen didn’t tell anyone she was trying to lose weight.

“When you tell people you’re going to lose weight, and then you fail… I’d done that so many times. So I didn’t tell anybody.”

After about three months, and 29 pounds, a neighbor remarked that they noticed changes, and Helen says “something inside me had been reignited that had been dormant for so long.”

Listen for a great breakfast option Helen had, that included chocolate because, “A day that starts with chocolate has to be a good day.”

At this point, Helen began stepping up her strength training and also tried a spin class for the first time.

“I hated it, and I loved it at the same time… I found something that I was passionate for. I can actually do this for an hour. This is something for me that is not destructive.”

Helen describes how small successes like surviving a new challenge (such as a spin class) can help improve your resilience and your willingness to tackle other new challenges.

Unfortunately, Helen needed this extra resilience because the changes she was making to her health and lifestyle were not fully supported by her partner at the time, and things in her relationship were rocky.

“I wasn’t changing anything in our relationship, but I was changing myself… I improved my life for myself, and for my kids, and for my future.”

What Helen Learned About Food, Exercise, and Herself

Helen shares that many of the so-called “rules” of weight loss are actually myths, and that she’s learned that she can have a balanced, sustainable lifestyle that includes an occasional treat and doesn’t require hours and hours in the gym.

The key: consistency and intensity. Helen is busy, runs a business, spends hours in front of a computer, and doesn’t have large chunks of her time & life to spend in a gym.

Helen sets a timer at her desk for 55 minutes, at which time she will get up and do something physical. For example, bicep curls, push-ups, anything that is high intensity and forces her to work hard in a short amount of time. Bodyweight squats, lunges, all these can be done anywhere without equipment.

“We don’t need to spend an hour or hours in the gym every day… if you work hard enough… Shorter, focused bursts, where you work hard, your heart feels it, your muscles feel it. That’s really the key to getting in shape in a short amount of time.”

Sometimes a busy day doesn’t allow many short bursts. In those cases, Helen will do 15 minutes of activity in the morning and then 15 more later in the evening.

Helen shares her eating routine, the importance of protein in her active lifestyle, and some creative ways that she gets vegetables in every day.

Helen’s Advice For Your Journey

Helen blogs at RealWorldWeightLoss.com and you can also read more about her at HelenMRyan.com.

Here is a link to her recipe for Protein Pancakes! 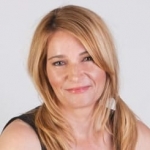