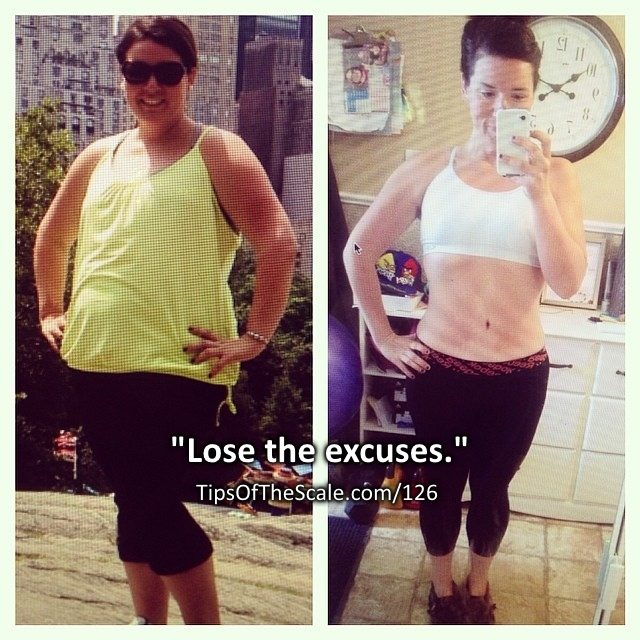 “Believe in yourself, trust the process, change forever.”Bob Harper

As a teen Courtney wasn’t overweight, but also wasn’t the smallest in her peer group. Her lowest weight was through taking lots of step aerobics after college. Courtney attributes her weight gain to two things: McDonald’s and pregnancy.

“I took eating for two to an entirely new level.”

While she was pregnant, Courtney was working at an office, and ate many “super-sized” meals at McDonald’s. She gained 100 pounds (45.5 kg) in about 9 months. The day Courtney delivered her son she weighed over 300 pounds. (136.4 kg)

Courtney lost and re-gained 50-60 pounds between pregnancies, and was back over 300 pounds after the birth of her second child.

This would be her weight for the next 2.5 years before she decided that things needed to change.

How Being Overweight Impacted Courtney’s Life

Courtney says that her weight impacted her life in many ways. She experienced constant knee and back pain, and generally felt older than she was. She couldn’t go to the park and do things with her kids like going down the slide.

Courtney hated not being able to run and keep up with her kids and always feeling tired. She didn’t want to take her kids to swimming lessons but let her mom take them instead.

In the past Courtney tried both Atkins and Weight Watchers, but she always used them as an all-or-nothing plan; so even if it was going well, when she slipped up Courtney would just quit.

Courtney’s lowest weight as an adult was 150 pounds (68.2 kg), and she weighed 190 (86.4 kg) when she got pregnant. As the weight started to come on and things became uncomfortable, exercise just stopped.

Courtney was actually enrolled in Weight Watchers when she found out she was pregnant. Somehow she felt like being pregnant gave her an excuse to drop out, since she knew with pregnancy she was going to be gaining weight anyway.

Courtney says that if she had it to do again, she would make herself stay in Weight Watchers the entire pregnancy, and treat the pregnancy as if she was training for along-term goal like a marathon. She thinks that maybe the weekly meetings would have served as a kind of cautionary boundary for her typical eating habits of those days.

About 3 years after her daughter’s birth Courtney and a friend from a mom’s group joined Weight Watchers, and both women were pretty competitive. Courtney really enjoyed the fact that her friend joined with her.

She shares that since she had known what life at 150 pounds was like, even at the beginning of her journey she knew she could get back there. Courtney says she can’t really pinpoint an exact “ah-ha” moment for deciding to lose weight, and still feels like her health is a journey.

“I feel like I have to re-commit to this every single day when I wake up.”

Courtney went to her first Weight Watchers meeting on her husband’s birthday, knowing full well there would be cake at her house that evening.

Courtney started her blog very soon after joining Weight Watchers. Somehow she felt accountable to the internet, even if no one was reading her blog. Courtney shares that she just felt more comfortable sharing things online than with people in her in-person group. To this day she feels like her online writing helps her “stay on track and keep pushing forward.”

At the beginning of her weight loss Courtney entered weight loss competitions, such as one in a mom’s group that measured dropping inches instead of pounds. Her gym had a Biggest Loser-style competition, and things like this helped keep her motivated, especially initially.

Courtney discusses that during the first 3-6 months the most challenging thing was time management for getting to the gym and sometimes preparing different food for herself and her family, while working her same job. Then, Courtney decided to take a pay cut so that she could spend more time in the gym, and she made this her top priority. Courtney feels that the weight loss has been a slow process, but she has enjoyed it. 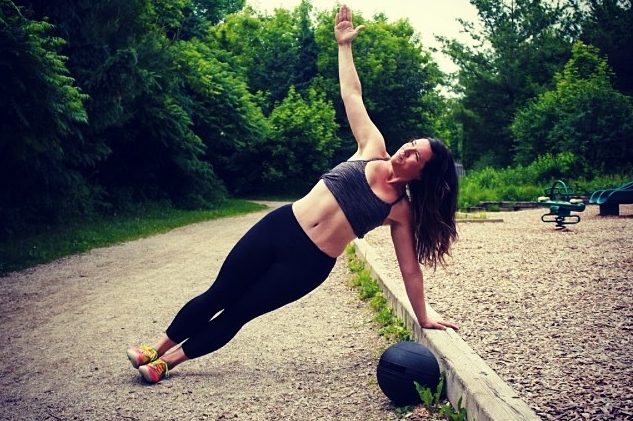 Courtney says that people might bring brownies to work and put them in your office, but:

“It’s still your hand that brings that food to your mouth, and you have to chew it.”

Courtney says it’s important for her to own her choices, and if she goes off plan she acknowledges it and moves on.

“Tough love—you’ve got to own it.”

Courtney feels that the weight loss journey does get easier as time goes on, but at the beginning avoiding certain foods was tougher. While losing the weight, by her last 20 pounds, Courtney did 5x/week strength training and 3x/week cycling, and was working at a gym as an instructor. She loves group classes because they make you accountable. 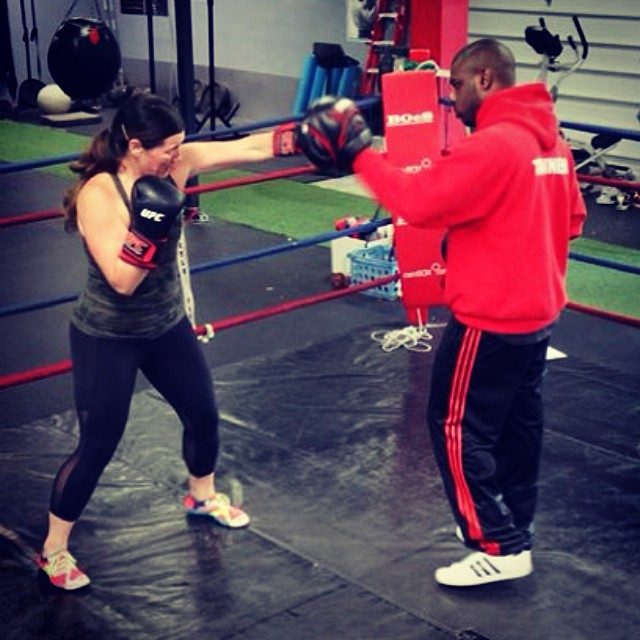 What Courtney Learned About Food, Exercise, and Herself

When she first started on her journey, she ate a lot of processed foods, and has come a long way towards eating more whole foods.

Documentaries were very educational in terms of showing Courtney what was a food, vs. just a chemically product she liked to eat. The transition to eating more natural foods was gradual (making a cookie for herself at home rather than eating red dye filled candy on a splurge day), and learning things from food documentaries was a good assist.

“I don’t really think there is one right plan for everybody.”

Courtney enjoys cooking now, which she never would have envisioned a few years ago. Today she focuses on simple “clean, proper nutrition.” Courtney likes to find recipes that still allow her to make treats, such as cooking brownies with sweet potatoes or cookies with chickpeas. She has discovered that feeling like she is deprived will result in rebelling against herself.

In maintenance, Courtney felt a little like she was floating along, and so she went back to what worked for her in the beginning of her journey—specific guidelines for eating.

Right now she is eating based on a meal plan with a trainer. After her surgery to remove loose skin and when she was in maintenance, there was no set goal to push for, which was a weird place for Courtney to be in. She always needs to find some new goals for herself for continual motivation and to feed her competitive spirit.

Towards the end of her weight loss Courtney says:

“I think I stalled myself getting to my goal, because I didn’t know what was going to come after it…You get scared.”

Courtney and Sam discuss the importance of having a ‘goal after the goal’ so that once all the weight is loss you still have some clear direction for what’s next. Courtney felt lucky that she had a job as a fitness trainer at the end of her journey that required her to work with the public, and they kept her accountable.

Courtney says that through this weight loss journey who she is now has changed. She now feels completely content teaching fitness classes every day instead of her old job of trying to climb up in the corporate world.

Courtney’s Advice For Your Journey

This gets back to Courtney’s tough love. For example, if it’s raining and you’re cozy in your house, you won’t melt. You can still go work out.

Courtney has lost a total of 150-160 pounds. (68.2-72.7 kg) She started as a (tight-fitting) size 26, and now wears size 8 jeans. She wants to keep building the best body she can, and is now doing strength training and training for boxing.

Courtney’s parting thought: Believe you can do it and trust the process, which will lead to change.

“It might not be instant change, but…is instant coffee really that good? No. You want the good stuff, the stuff that takes a little while to brew.” 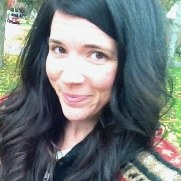