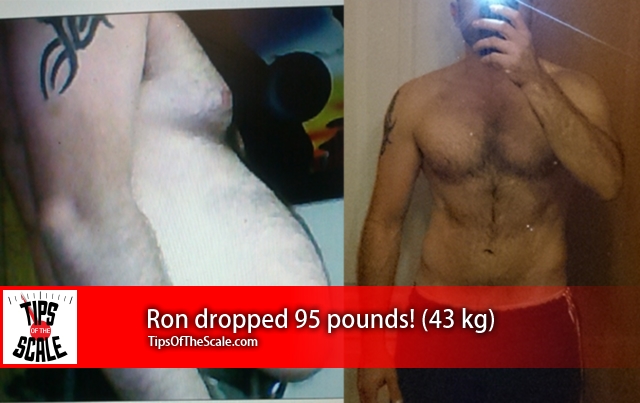 When Ron started his weight loss journey, he was unable to walk two blocks without exhaustion, and he felt ashamed that he couldn’t play with his young children.

Hear how he’s made the most of every moment and has transformed his health and life!

Ron began gaining weight when he got married. To make matters worse, he also worked very long hours, which became another obstacle for him.

Ron also admits that his desire for instant-gratification held him back from succeeding with diets in the past. He describes how his “half-assed” attempts repeatedly failed because he was not committed to making lifestyle changes and was simply “trying” diets.

When we discuss what was holding him back, Ron shares that his mindset was the limiting factor above all else.

How Being Overweight Impacted Ron’s Life

At his peak weight, Ron would be completely exhausted after two blocks of walking. He shares how he felt shame when picking up his children from school because they had “the fat dad,” and how he tried to be quiet and unnoticeable wherever he was.

One night at dinner, when Ron was at his peak weight of 250 pounds (113.6 kg), a comment was made that stung Ron deeply. He felt anger, shame, and embarrassment.

When he woke the next morning, his emotions were still charged from the previous night’s comment, and this sparked the beginning of a new path for Ron.

Ron made big changes immediately. Where his breakfast used to consist of pizza, doughnuts, chocolate shakes, and similar fare – his new morning staples were fruit and nuts.

At work, made the most of small pockets of time that he had available. He did push ups when no one was around. He got up to walk around frequently. He parked further every day. He took the stairs instead of the elevator.

Ron shares that he doesn’t like gyms, so this “throughout-the-day” approach was the best option for him to start getting active. It allowed him to increase his activity level without interfering with other obligations and parenting duties.

Ron chose not to tell anyone about his lifestyle change, including his wife. He had announced diets in the past, but this time was different.

He felt that, this time, he would put in the work and make the changes, and the difference would become outwardly noticeable at the right time.

Ron tracked his weight daily, and it was watching the slow but steady drop that kept him motivated. He describes the amazing feeling of trying on clothing in sizes he was unable to wear before.

What Ron Learned About Food, Exercise, and Himself

Ron learned that the food choices he made directly impacted his mood. When faced with temptation, he reminded himself of how he would feel after, and asked himself if it was a price he wanted to pay.

Ron also describes the shock of learning about calorie intake and how many calories are in things he used to eat. He had never looked at labels before and, like most people, used to under-estimate the amount of time it takes to burn off bad food choices.

“That calorie number was shocking… [In the past,] I just figured I’m gonna exercise an hour today, and then I can eat whatever I want… And that’s not gonna cut it.”

Ron invested time in physical activity wherever he found the opportunity. He describes immediately using the punching bag or pull-up station upon arriving home from work. He did push-ups in the living room. He did dips in the kitchen. He lifted grocery bags up and down while bringing them into his home. Talk about dedication!

“Wherever the opportunity was, I tried to take it.”

Ron shares that his confidence began to grow as he experienced the difference in how people responded to him. He carried himself differently and it seemed like it became easier for him to do new things.

“I could do whatever I set my mind to.”

Ron faced challenges every day. To keep himself disciplined, he allowed himself to indulge in the occasional treat, but ensured that he limited the amount and then kept himself disciplined the rest of the week. Slowly, Ron’s desire for treats diminished as well. He began to focus on being proud of himself for not indulging in unhealthy foods.

“One of the things I told myself every day was, ‘Today, I’m going to be better than yesterday.'”

He also had a very unique way of fighting temptation for high-calorie foods: when he felt temptation to eat sweets, he thought about how many children or impoverished people around the world truly need food. It was a sobering reminder for Ron that he was considering eating unnecessary extra calories when there are people out there who are seriously under-nourished and starving.

Ron’s Advice For Your Journey

Ron is now focused on strength-building, and has put on 10 pounds of muscle since his initial weight loss!

Share your comments with Ron and your thoughts on this episode in the comments below! 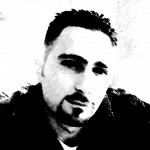