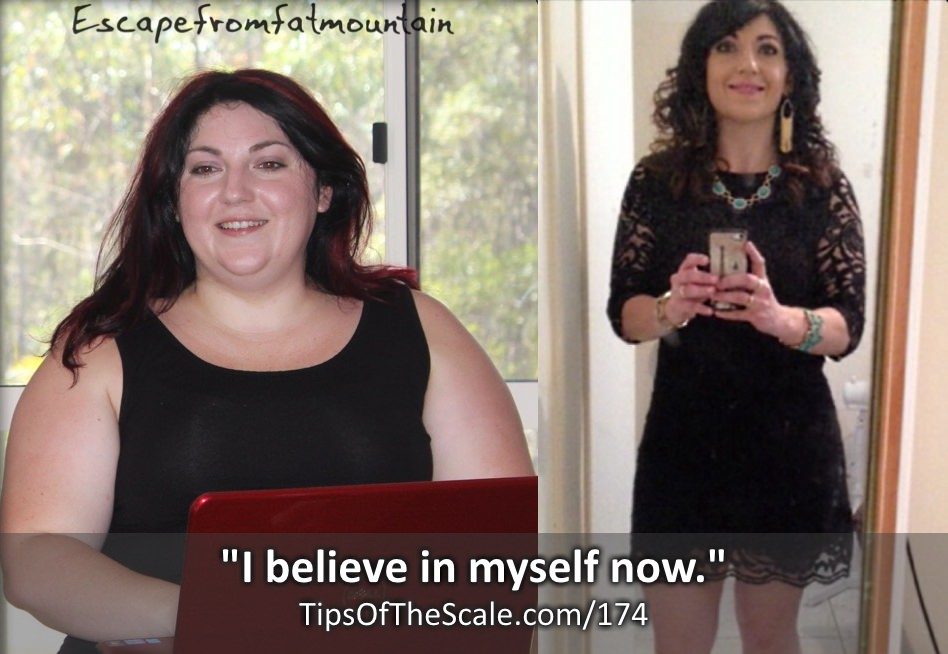 Despite the long journey ahead, Jade realized her weight & health were a risk to her dreams of motherhood. Hear how she kept herself focused and motivated through dropping over 90 pounds.

“If it takes two years, so what? At least you’re doing it.”

This quote is important to Jade, not just as it relates to weight loss, but also for life in general. She has it on a tee shirt!

Jade was generally healthy while growing up, but shares that, once she was married, she began to eat like her husband who has fast metabolism. Jade shares that over the first two years of marriage she probably gained 45-60 pounds. (20-27 kg)

Her metabolism wasn’t keeping up with her food choices, and at this time Jade also discovered she had polycystic ovarian syndrome (PCOS), which was causing problems with her insulin levels. Jade also says she “comfort ate” because they were struggling to get pregnant.

How Being Overweight Impacted Jade’s Life

“I felt really bad about myself.”

Jade says that there’s a paradox to living in a heavy body in that even though you can be uncomfortable and feel physically unhealthy, it’s common to at the same time turn a blind eye to how you actually look. She discusses how you use excuses in your mind about the fact that you don’t look ‘that heavy’ so that you don’t have to actually do anything about losing weight.

Jade says that over the years she tried fad diets and quick fixes, and then would go back to her normal way of eating and gain all the weight back that she’d lost. 111kg was Jade’s peak weight (244 pounds) and she is 5’5”.

Jade discusses how at her heaviest she would lose her breath on short walks, and that shaving her legs was “like a marathon.” She remembers thinking that a 30 year old shouldn’t be feeling this way. Jane’s husband always likes to get out and be active, and says at the time she just had no energy for those things.

Jade took care of her nieces for a weekend and says she couldn’t keep up with them at all on the playground. She says this realization shouldn’t have been a surprise, but that her lack of health and energy really hit Jade when she was trying to play with her nieces. She realized that if she had kids she wanted to be able to play with them actively, and she wouldn’t be able to in her current state.

Jade decided to get healthy before her next round of In Vitro Fertilization (IVF). This time she decided to go slow and steady on the weight loss and drop the quick-fix mentality she had always had in the past.

“If it takes two years, so what? At least you’re doing it.” 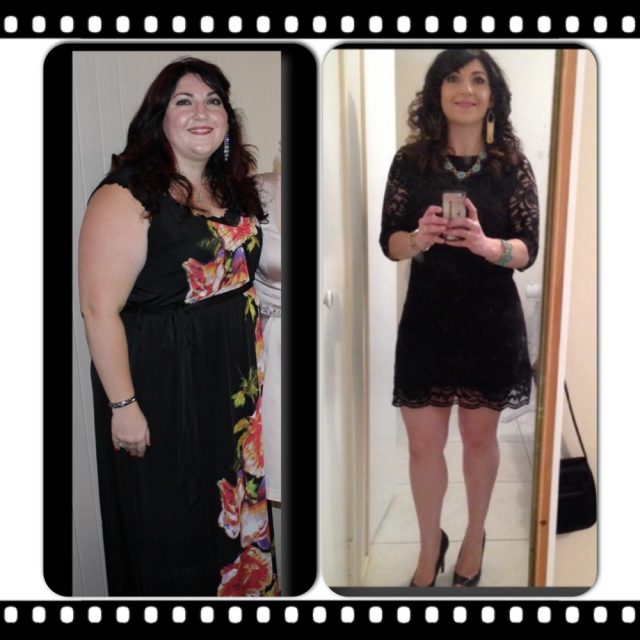 Jade says that at first she just started with the basics and with baby steps. She began with logging her food and exercising portion control. At the beginning she made basic swaps like trading white bread for whole grain and sweet potatoes for white.

Jade then began to calorie-count using the My Fitness Pal app. For the first 3-4 weeks Jade focused on just eating healthy meals at home and not going out. Jade shares that she pretty much changed ‘everything,’ about the way she ate, and had to force herself to try things over and over and now she quite likes some of those foods she initially struggled with.

Jade says it took a while for her to notice her own progress, maybe 8-10 weeks. Jade joined the gym 3 months after she began her weight loss journey, even though she wasn’t really interested in exercise. She says she knew she didn’t want to start exercising right at the beginning because she knew she would be overwhelmed by dealing with that and her change in diet all at the same time. One inspiring saying Jade found about exercise was:

She says she is glad she took photos all along through her journey—one every week. The photos helped her to see progress even when the scale wasn’t moving.

Jade says that for the first 3 months of her journey she didn’t have any treat meals, and when she ate out she just chose simple salads. She also brought something healthy she knew she could eat when she went to a potluck, and always made sure she was prepared with healthy foods for the times she was used to snacking.

Jade also took her own food over to friends’ houses when they were getting a higher-calorie takeout meal—she says she wanted to avoid a bad food ‘snowball effect.’ Jade emphasizes that breaking old habits is challenging and that she struggled at first.

Jade discusses that she found it helpful to download photos of things she wanted to do once she was at her goal weight, and this incentive helped her stay focused on the long term. Jade says it’s critical to “keep that focus of the end result in your mind.”

She downloads lots of motivational quotes and follows other people’s transformations on instagram. She likes to visualize ahead and think about the years you are adding to your life by being healthy now.

What Jade Learned About Food, Exercise, and Herself

Jade admits that she really didn’t like vegetables much before this journey, and then she just made herself embrace vegetables. Her husband would join in on her healthy food swaps, and she says having a supportive partner was essential in her weight loss.

Along the way Jade says she learned the importance in the quality of calories she was eating as well as finding a good balance of macronutrients. Jade emphasizes that the wanted to learn more of how to live a healthy lifestyle, rather than to just be ‘skinny.’

Jade’s Advice For Your Journey

These days Jade says she eats 6 meals each day with an emphasis on protein and lots of vegetables. She gets up to go to the gym at 4:30 a.m. and does cardio, weights, or classes 5 mornings each week.

If she needs a distraction from the old habits of snacking, Jade says occasionally she will also go to the gym at night to distract herself. On the weekends Jade sometimes goes to the gym or outside for a walk or bike ride—things she never really felt comfortable doing before. She says that staying active keeps her out of the habit of sitting inside and snacking while watching movies on the weekend like she used to.

Jade says that even though throughout her life she had always considered herself strong emotionally now she also thinks of herself as strong mentally; and that with hard work she can accomplish anything she puts her mind to.

“I believe in myself now.”

Jade says that if she went back in time there is nothing she could have shared with herself that would have helped her lose the weight sooner, because she just wasn’t mentally ready at the time. And she also says she wouldn’t trade the growth she has experienced on the journey she has had, because the journey taught her so much about herself. Jade has lost a total of 92 pounds, and eventually would like to lose another 5-10 in a slow and sustainable manner. 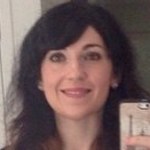